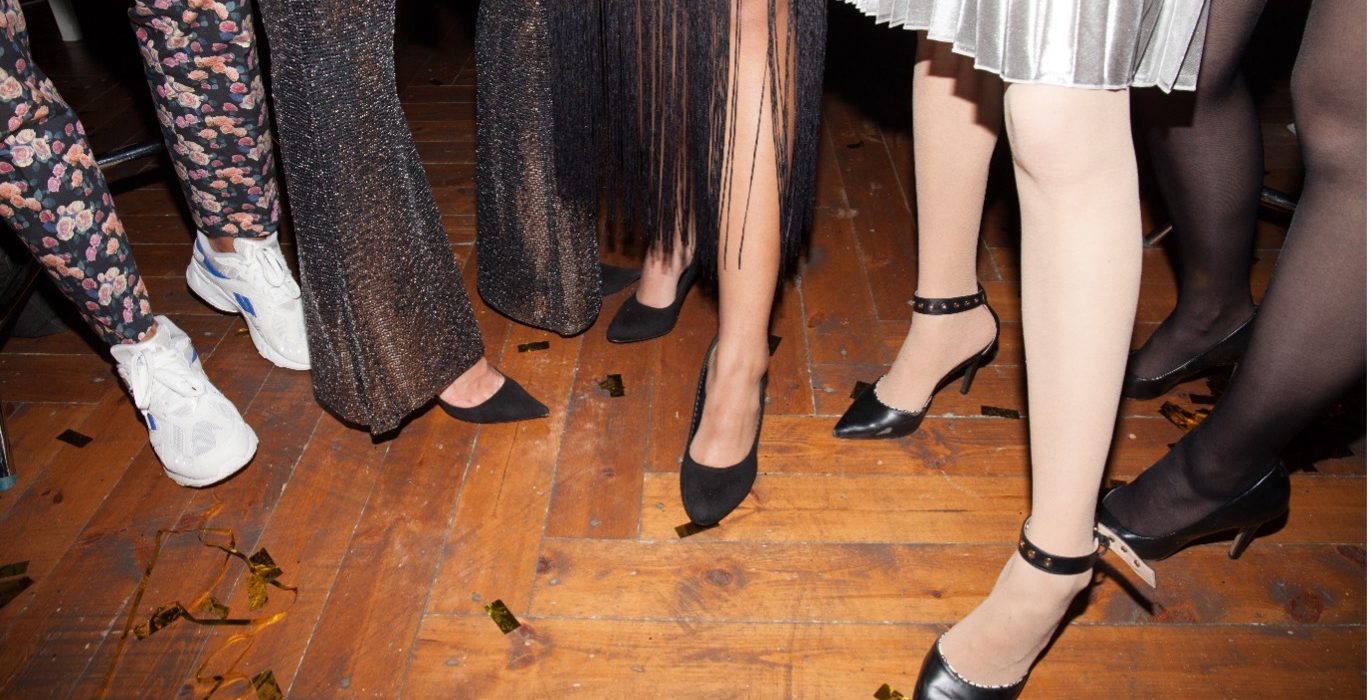 The oldest pair of shoes in existence come from 3500 BC Egypt! Made from leather and grass, these shoes have a close resemblance to today’s shoes such as moccasins. Looking through the history of footwear and recognising how it has evolved is extremely important as we can learn how to progress even further.

A brief look into women’s shoemaking

High heels are a style of shoe that is often associated with women, however originally high heeled shoes were made for Persian warriors who needed support when riding horses in battle. Believe it or not, men wore high heels up until the era of Queen Elizabeth 1st. Gradually over time designs evolved and heels appeared more feminine to become ‘women’s shoes.’ Whilst the popularity and use of high heels changed over time, the popularity of heels really increased in 1920s as designs become more ‘decorative’ to match the current fashion styles.

Despite the past popularity of heels, in present day according to researchers at Mintel* women are purchasing more sneakers than high heels.

*‘It seems that the popularity of heels is falling flat in general as 59% of female footwear buyers prefer to wear flat shoes, compared to just 12% who prefer to wear high-heeled shoes.’ (Mintel)

As preferences evolve, supportive footwear with comfort is becoming more of a priority over high heels. Comfortable shoes such as trainers and sneakers originally formed from plimsolls shoes that were worn on boat decks to limit dangers when slipping, gradually becoming inspiration for tennis shoes which become the first ‘athletic shoe’.

Below will briefly discuss the past century of women’s footwear, as you read on you will see that comfort was not the most important factor to influence the range of designs. As society developed the needs of ladies footwear also changed, in recent decades it is noticeable that many designers are taking form and function into account. They have recognised that the public wants footwear which will provide comfort as well as allowing them to keep up with current fashion trends.

Around the years of WW1, it was practical for women to wear low-heeled shoes to get them around their daily activities, it was towards the end of this period that high heels began to increase in popularity once again and boots with heels become all the rage.

Early on in this period ladies began to wear shorter dresses, and as a result led to the production of more decorative high heels. A design often noted with the 20’s and 30’s is the T-Strap heel which provided ankle support whilst dancing.

In the 40’s materials were limited due to the ongoing war and shoe design was put to the side. However, the 50’s introduced the world to…stiletto heels! One, if not the most well-known heel design, however due to its construction also happens to be for many one of the most uncomfortable forms of high heel.

The early 60’s was a time of experimentation and as fashion was a high focus point within society. In terms of heeled shoes, Cuban heels took the forefront and were worn as a compromise between comfort and fashion. However, younger generations began to recognise that for daily wear heels were not necessarily the best choice which led to the increase in demand for tennis shoes.

Dance was a major activity within the 70’s as music and pop culture expanded, which led to designers trying to increase comfort and manoeuvrability for those who enjoyed going to the disco. This is when chunky heels first became popular, it allowed for the user to feel supported whilst also making a fashion statement.

By this time, people began to recognise, that despite the popularity of heels other shoe options were available and caused a lot less pain. The 80’s was the decade of ‘the boot’ with subcultures like punks becoming more mainstream, people would take inspiration from bands / artists they listened to. This also allowed the wearer to express themselves and many often would decorate their boots or use different laces to add to the unique look of their outfit.

The 90’s was a decade of the platforms. Inspired by many celebrities such as the Spice Girls, platform shoes became mainstream. Despite popularity these shoes were often a safety risk and resulted in many people hurting their ankles.

As in previous decades many audiences looked to celebrities for fashion inspiration. Heels lost a lot of popularity, and many people began to wear comfort shoes. From flip-flops, to sandals, to low heeled boots celebrities inspired a range of footwear, no more so than sneakers.

Heels were not forgotten about, as many celebrity icons were seen sporting various styles however Ugg boots and sneakers became a staple in many people’s wardrobes. There was even a moment in time were people were seen sporting wedged trainers, fusing together the popularity of a high heel but in the style of a sneaker.

Which leads on to today, were the search for comfort and style is being answered. People are recognising the importance of looking after their feet and are now seeking brands who offer both comfort and a fashion statement. Here enters Uufey Shoes, who creates products specifically to provide comfort and support throughout your busy lifestyle.

So, what is the solution?

Interest in comfort shoes is increasing, and Uufey have designed a range of footwear that provides comfort and support for general day wear. Our footwear also help to ease existing and tries to prevent customers from suffering from various foot health problems.

Uufey shoes were made to move, incorporating our three-zone comfort technologies the wearer is assured that their feet are protected and looking fashionable all day long.

Our three-zone technology focuses on increasing stability, provides arch support and cushioning for the toes.

To learn more about this browse our range of products HERE.